Home » Tutorial » How to Expose for Perfect Stars 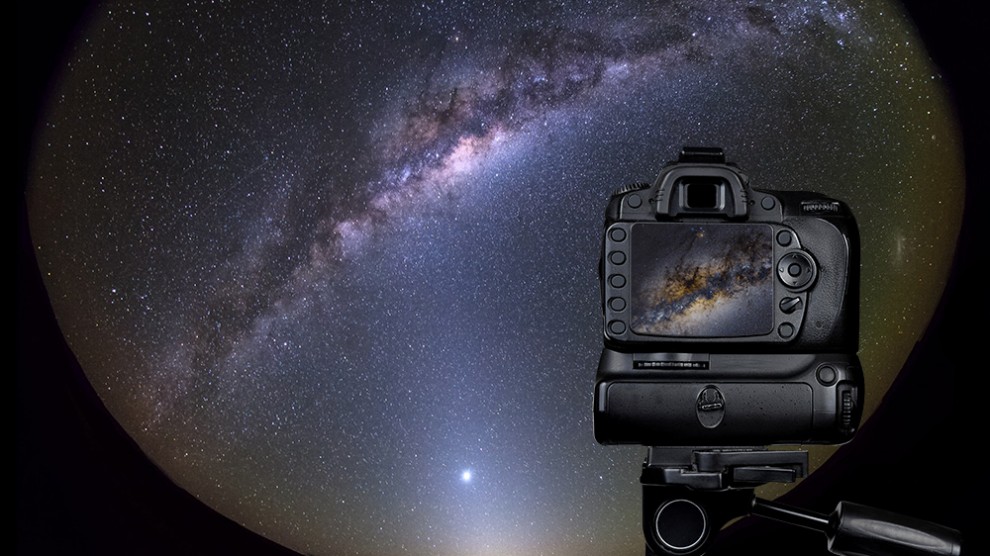 Learn how to get perfect stars in your astro photos, or the rule of 500 …ish.

One of the questions I often get asked is “what exposure length did you use to capture that shot?” The problem is without knowing what lens you use, what camera you are shooting with, what direction in the sky you are targeting, and overall what your goal is, I can’t answer it definitively for your photos! I can tell you what I shot, but it doesn’t always tell you the answer you’re looking for, and it’s not always the rule of 500.

However, what I can do to help you with your shots is give you the proper tools to help choose an exposure length that gives you the sharpest stars for the conditions in which you are shooting. This is where the rule of 500 comes in…or does it? We’ve found that there is always an exception every rule, and to this one in particular.

In the end, this is why spending good money on a quality fast lens (F/2.8 or better) is so important, often more so than your camera body. Check out my article on why aperture is one of the most important factors for an astrophotography camera lens!

Why do round stars matter?

If your night composition doesn’t have round, sharp stars it can make the overall image look blurry, and the stars out of focus when they are likely not so, just trailed!

The rule of 500 is a well-known way among astrophotographers to analytically determine the maximum exposure length you can use and still expect sharp, round stars in your photo, without trailing. It’s a simple equation, shown below, of which the only variable is your camera lens focal length, and the “magical” number of 500.

For example, shooting on a full-frame camera with a 24mm lens (one of our favorite setups…), the rule gives a maximum exposure length of about 21 seconds.

It is important to note that you will need to divide this final result by 1.6 if you are using a camera with a crop-frame sensor (so, ~13 seconds), as the rule was designed for full-frame cameras.

Why the rule of 500 shouldn’t always be trusted

Because the rule was designed for cameras with full frame sensors, it is often not as useful for the beginners in the field it is actually meant for, since not many new astrophotographers start out with an expensive full-frame camera!

You could just simply divide the final number by 1.6, as mentioned above, but, even then…I’ve found the rule to merely be a starting point. Multiple test exposures are required to find the sweet spot. Even on my full-frame Canon 5D Mark III it depends on the lens type and sky location.

In my experience in the field, I’ve found that using 400 instead of 500 often provides a better result when shooting wider, like around 14-16mm, but I still have to play around to get that perfect exposure length that gives balance between enough light gathering and acceptable star roundness.

We most often shoot with a 16mm or 14mm lens when we go wide, so from our field tests, this works:

For example, from field testing on a full-frame Canon camera and 14mm, 24mm, 35mm, and 50mm lens, the rule rarely can be taken at face value. Working backwards, though, I’ve been able to figure out some of the best exposure times for getting round stars at differing focal lengths, and the magical “rule of …”numbers that work instead of using 500. See the table below.

If your target is in the north or south, the maximum exposure length can be slightly longer before star trails appear than if you were shooting towards the east or west. But why?

But WHY? Think about a wheel, or for simplicity’s sake, a merry-go-round. The kids sitting on the inside, nearer the center, are moving much slower than the kids sitting near the perimeter. The kids (stars) nearer the center (the celestial pole) and the perimeter (the meridian, or east/west) perceptively “move” vastly different distances in the same time period, even in that of a long photograph exposure.

Everything in the sky “moves” 360 degrees in ~24 hours, but the stars near the celestial poles (point of rotation) draw much shorter lines on the captured image in the same time period as the stars nearer the meridian (the east or west).

Shooting only for social media? Ignore this advice

Ignore this advice, and go ahead and push it. Shoot longer. But ONLY if you only care about social media. Your images will be seen on small screens, at low resolution, and the stars will appear to not trail.

Also, if you are shooting with the only end-result as a time lapse, you can also shoot a little longer because the motion of the final video will often hide unwanted trailing seen in static images.

In the end, artistic license wins

Disclaimer time! This article has been meant  be a guide to start you out on your journey toward perfection. In order to find your own personal sweet spot for the amount of star trailing you can handle in your night-sky photography, you have to just get out there and shoot. A LOT.

You’ll soon find out what works with your camera and lens setup. Don’t ever take just one shot without a proper review on the LCD screen! Zoom in on it. Analyze and be picky, and try out all the different settings. It takes time, but it all pays off in the end!

Want to get relevant and timely night-sky photography and astrophotography tips like these, hand-picked by our team, delivered to you each week? Sign up for our weekly tips!

How to do Star Reduction in Photoshop