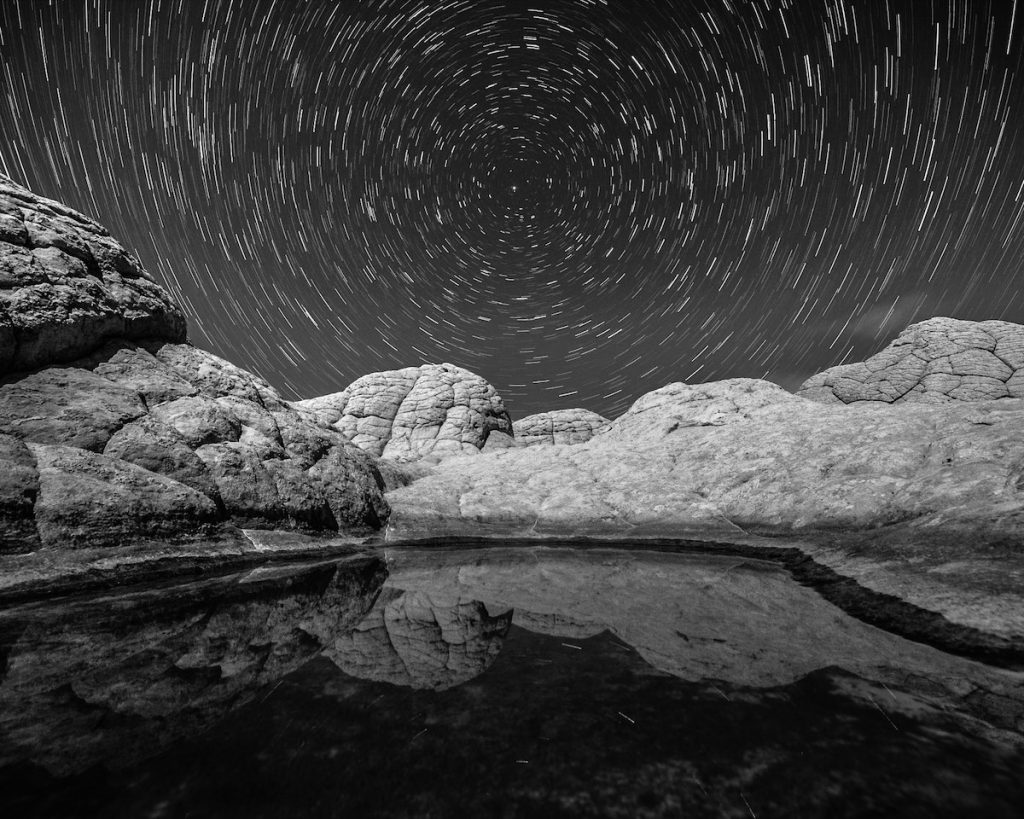 This image was created on the final night of an eight-night adventure in Southern Utah and Northern Arizona. After two nights of car camping on the road and four nights of wilderness backpacking in various places, and with bad weather threatening snow, we decided to visit White Pocket for a “restful” final two nights of catching up on sleep. While it was overcast and calm most of the time, and we welcomed the slower pace of shooting nightscapes, the sky did clear for a short while on the last night, which allowed me to create this image.

The technique used was the standard 30-sec back-to-back exposure technique, using a Nikon D750 with a Rokinon 14mm f/2.8 on a table-top tripod. The resulting images were processed in Lightroom, and layered in StarStaX.