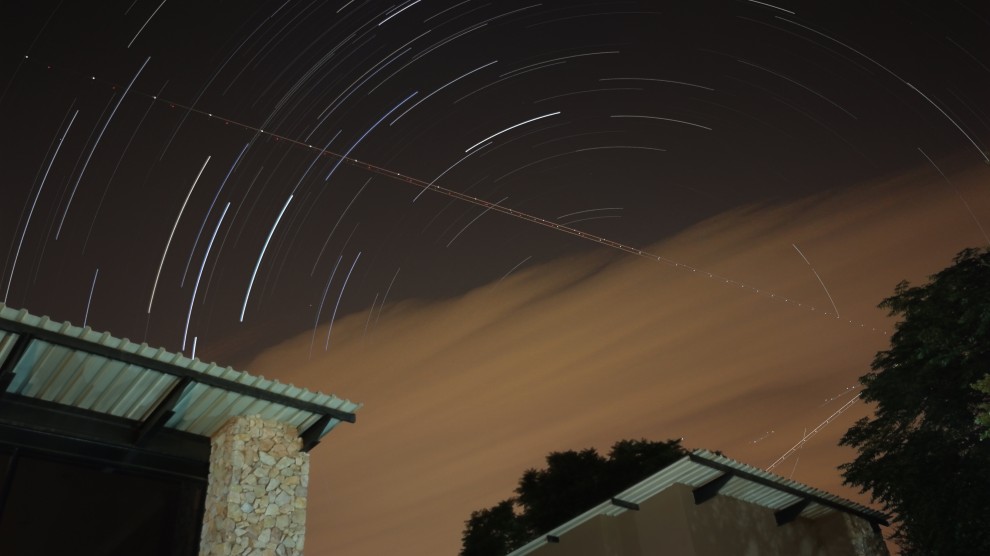 “This could be the gateway-drug astrophotography device for ‘normal people’.”

That’s what I said to one of my friends after I took the first test shot with the Huawei Mate 8 from my house. Its camera and the software to accompany it, out of the box with no extra apps, is really that good in my opinion.

Ever since we announced the Huawei Mate 8 astrophotography challenge, I’d been itching to give it a try.

The first night I was able, I tested the phone from our rooftop on the outskirts of Johannesburg, South Africa. I captured an International Space Station (ISS) flyover with one button press and 117 seconds of waiting, and it looked pretty amazingly good straight out of the phone, with absolutely no editing. I kind-of can’t believe it, but there it happened. I actually shot a silly and short video of the event.

I don’t want to do an exhaustive review of the phone (camera) and its features, but for now let’s just say I’m a little gobsmacked by the quality I’m getting by the initial tests.

Below is a short video with my (live!) initial reactions of the phone in action, capturing the ISS and star trails.

Luckily, the clouds had cleared just enough and there was an ISS pass recently, so I was able to take a few minutes on our roof to try and test capture it with the phone on a tripod. After playing around with some of the more manual camera functions, I realized what the “star tracking” function could do — automatic and real time star trail exposure stacking while you watch (see the video).

So, BAM! Just like that, I have an ISS pass, on a phone, that looks pretty good. It took all of one button press and some investigative work to find the ISS, but there it was and I was able to capture it on the phone very easily.

I was also able to give a proper star trail shot a try with the Mate 8, for a short time at least, from our light-polluted backyard. It was quite amazing to see it in action (also in the video).

I managed to capture about an hour’s worth of star trails before the clouds came back and started to ruin the shot, but still, an impressive and clean final image came straight from the phone, with no editing or post-processing necessary.

This is a cool feature, but also one of its (minor) shortfalls. While it is awesome to not have to do any work to post process the star trail, you do need to babysit the sky to make sure nothing ruins the shot — like clouds, flashlights, people, etc. If something happens, you can’t go back and remove frames. However, that’s a very minor shortfall, because this is a PHONE. The fact you can capture star color like this with a phone camera sensor is amazing!

What is ‘Deep Space Imaging’ – Part 1

Should You Get a Colour or Monochrome Camera?

How to Make [Legit] Diffraction Spikes on Stars with a Refractor