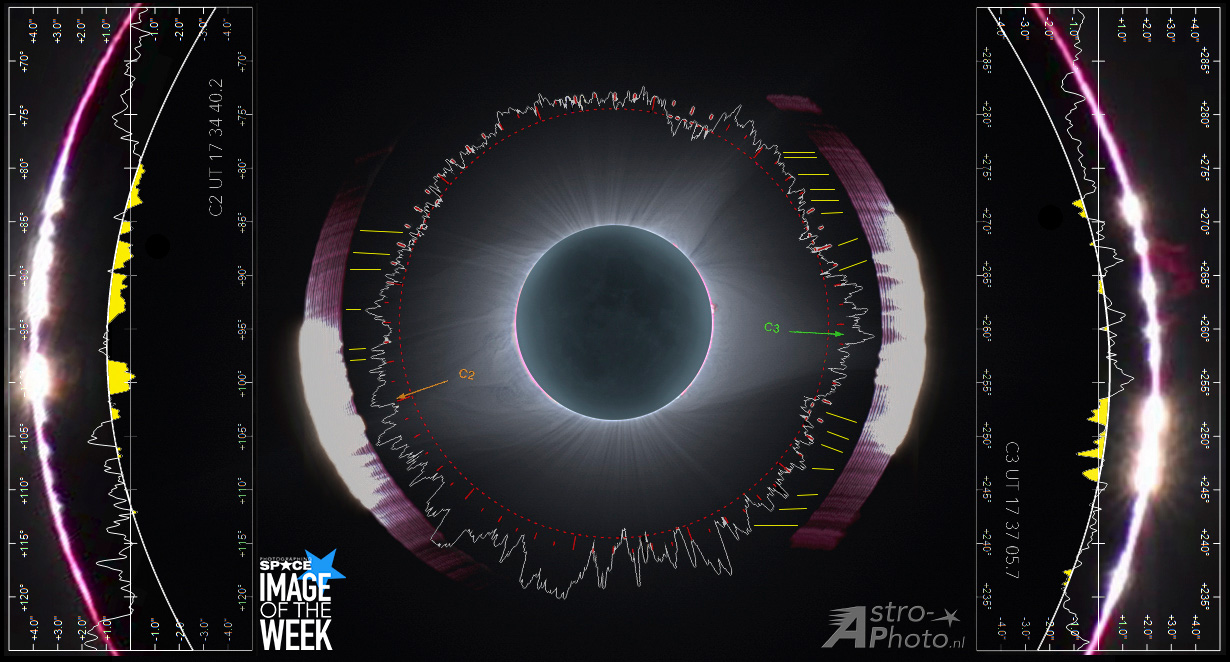 This image is a further work on a previous image that I released. After finding that it was possible to bring out details of the lunar limb using the imagery made during the total eclipse I started looking a bit further into the topic. It showed that there is very nice software from the International Occultation Timing Association, called Occult, that contains a very accurate height model of the moon that can be used to for timing of occultations of stars by the moon. This same software can also generate lunar limb graphs for solar eclipses.

I decided to put the software to the test and see how well it would coincide with the images that I made. So I used the GPS coordinates that I grabbed during the eclipse and started to look at the generated graphs for the exact times of the 2nd and 3rd contacts. I was astonished to see the accuracy of the software. The graphs exactly coincide with the Bailey beads that I observed and imaged. In this way you can retrieve the times that the images were taken to about 1/10 of a second accurate.

In this image I have tried to put it all together. On the sides you can see images taken around 2nd and 3rd contact together with the height model and locations in yellow where the sunlight passed through the valleys between the craters. In the central image you can see a ‘stack’ of all my bead images that leads to an impression of the lunar surface structures on the limb during the eclipse from our location, Teton Village, WY.

All images were taken with a Nikon D810a with a 300mm Nikon lens.