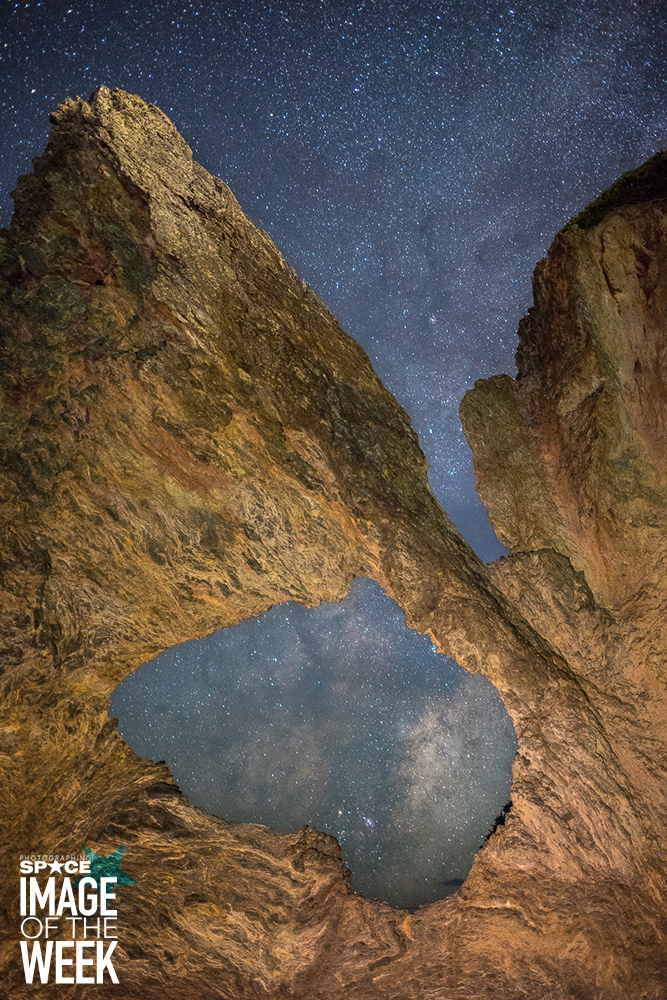 See this image in high resolution

“Australia Rock” is the name given to the hole in this rock formation that happens to be shaped like the country I was born and live in, Australia. The location is the town of Narooma, on the southeast coast of my home state of New South Wales, about 300km south of my home in Sydney. According to what I’ve read, the hole was initially smaller and not this shape, but was gradually ground out by the anchor chains of ships that used it as a mooring point. Eventually, it became this recognisable shape and gained its unofficial, but unchangeable, name.

I have seen (and contributed to) hundreds of daytime photos of the landmark in the 40+ years that I’ve visited this part the coast, but only featured it in a nightscape image now. The timing was right to use the rock to frame the Milky Way’s galactic core as it rose at about 1:00 am on Sunday morning. I lit the rock face with a handheld Manfrotto “Lumimuse” 3-LED lamp, fitted with a 3200k amber filter to give the rock a nice “warm” look.

This location was the third of five stops on a seven-hour nightscape photography trip I did on the weekend of 17/18 March, 2018. About five minutes after I got this shot clouds moved in from the south (right of frame) and blotted out the view, so I moved on to the other locations I would shoot at before getting to bed around 3:00 am.