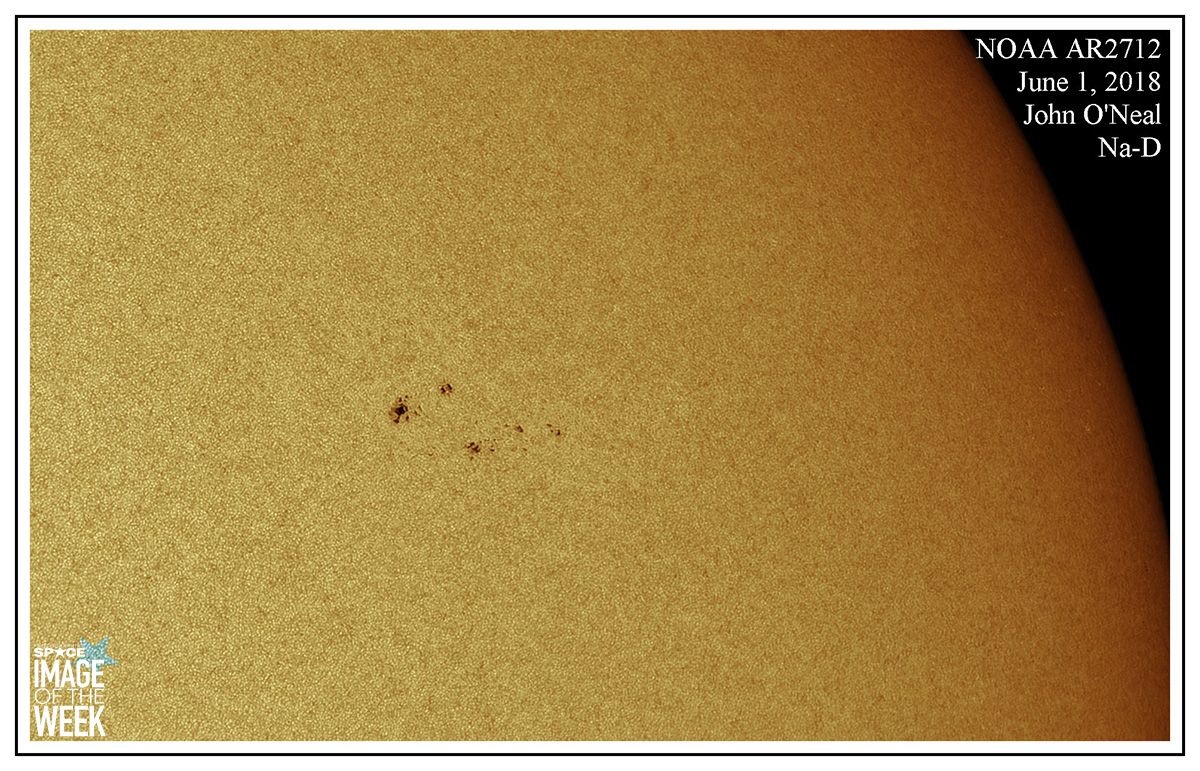 View this image in high resolution

Is Solar Cycle 25 upon us? Although not officially announced yet, there are indications. The magnetic polarity of Active Region 2712 identifies it as a piece of the new cycle, because it reverses the polarity expected for Cycle 24 regions.

On May 29th, AR2712 underwent a sudden transformation. Multiple dark cores began to form, expanding the region’s size and spot count 10-fold. During the day-long period of sunspot genesis, the sunspot’s fast-changing magnetic field crissed, crossed, and erupted almost a dozen times, producing a flurry of B- and C-class solar flares. Pulses of extreme UV radiation created multiple minor waves of ionization in Earth’s upper atmosphere. Ham radio operators may have noticed low-frequency brownouts and other propagation effects during the episode.

This image of solar granulation and active region 2712 was captured in the Sodium D wavelength of light at 5,895.9 Angstroms with a DAYSTAR Filters Sodium D Line QUARK and an Explore Scientific 152mm Refractor at 4,250mm effective focal length. The camera was a ZWO ASI174mm. The image, consists of 3,000 16 bit frames captured with Sharpcap, 12% stacked in Autostakkert!2, sharpened in Registax6 and processed & colorized in Adobe Photoshop CS6.