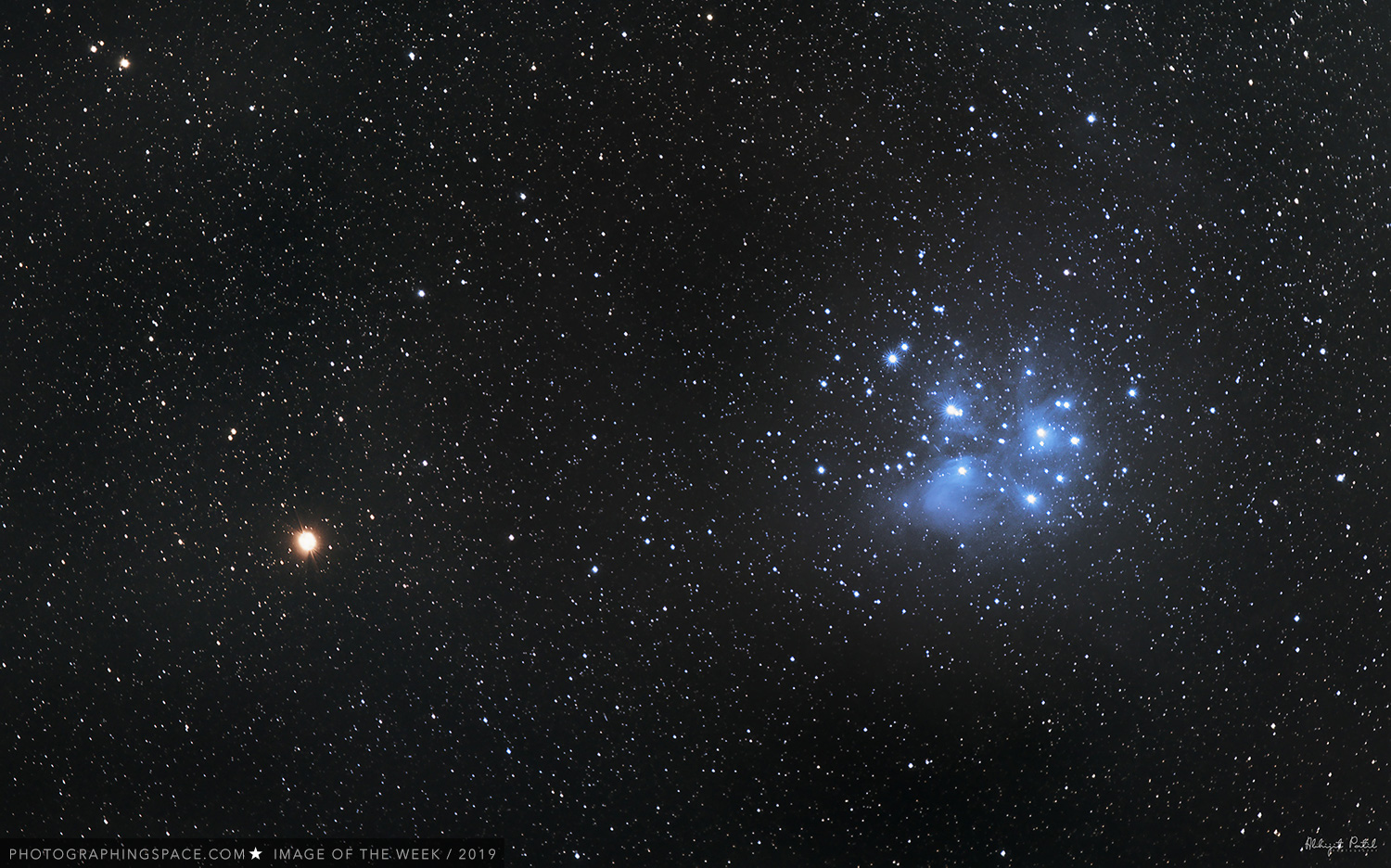 View this image in high resolution

The Pleiades, also known as the Seven Sisters, are an open star cluster in the constellation of Taurus. It is among the nearest star clusters to Earth and is most obvious to the naked eye in the night sky. They are at a distance of 444 Light Years away from the Earth (That’s near!).

They derive from the Greek mythology. The nine brightest stars of the Pleiades are named for the Seven Sisters: Sterope, Merope, Electra, Maia, Taygeta, Celaeno, and Alcyone, along with their parents Atlas and Pleione.

The cluster is dominated by hot blue and luminous stars that have formed within the last 100 million years. Reflection nebulae around the brightest stars are considered likely to be an unrelated dust cloud in the interstellar medium through which the stars are currently passing. This reflection nebula reflects the blue light of the stars. (description: Wikipedia)