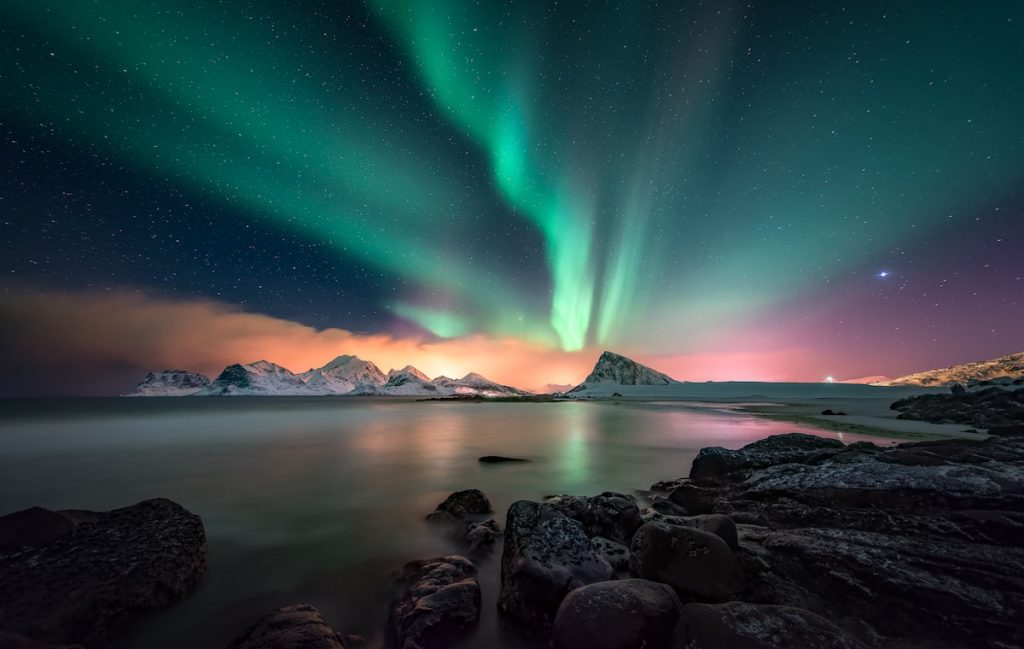 Photographing the Lofoten in winter has been on my bucket list for a long, long time. In February 2016 I finally mustered up the time, energy and money to make the dream come true. And I’m glad I did. If the weather isn’t too bad (big IF there), the light in the arctic winter is just pure magic. And if the light during the days wasn’t already fantastic enough, the nights are even more magical, if the Aurora Borealis decides to make an appearance (big IF there again).

So, many nights on my last trip to Lofoten I stayed awake waiting for the Northern Lights. Sometimes I was rewarded for my efforts. Like this time at one of the lesser known northern beaches. Not only did the Aurora show her famous green stripes but also a faint pink haze as you can see on the right. In addition, the clouds were illuminated in yellow and orange by the city lights of far away Leknes. For some that is light pollution. Not for me, I consider the illuminated clouds an important element of the composition. Everything together made the sky light up in an almost otherworldly display of colors.