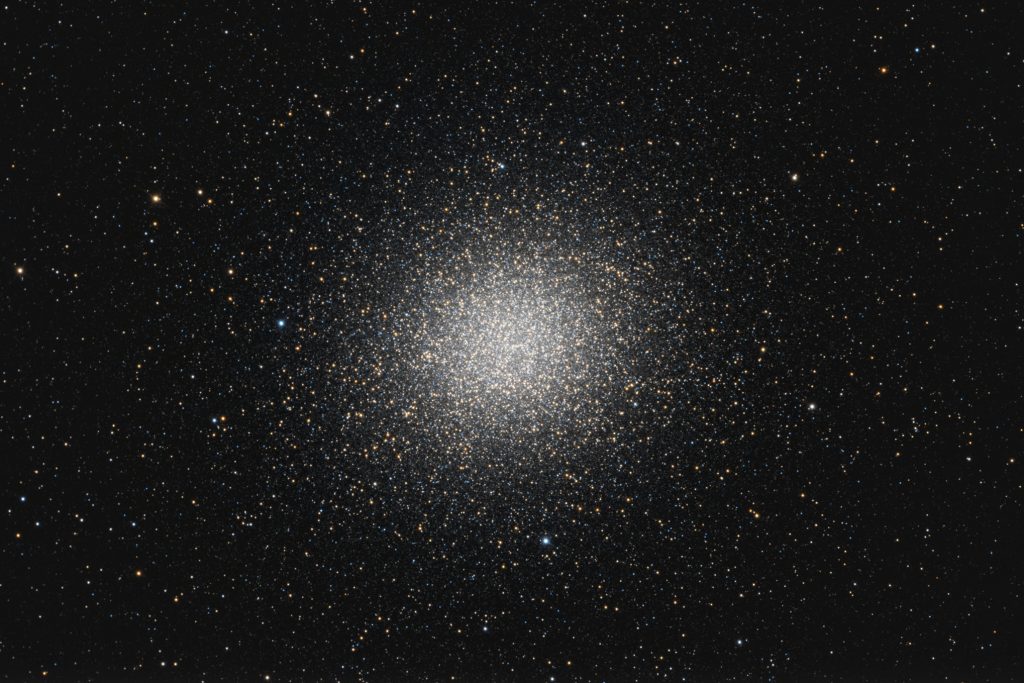 Omega Centauri, or NGC 5139, is a large globular cluster located in the constellation of Centaurus. This object was first identified as a non-stellar object by Edmond Halley in 1677. It is located about 15,800 light years from us, and has a diameter of about 150 light years. Approximately 10 million stars are contained within the structure, with a total mass of 4 million solar masses. It is also the largest of all the globular clusters associated with the Milky Way. Only Mayall II in the Andromeda Galaxy is brighter and more massive, and is considered to have twice the mass of Omega Centauri.

I find that the range of colours of the stars within is amazing. They are ranging from deep ambers, through almost aqua blues. And there are a lot of blue stars. NGC 5139 is very distinctive from the other galactic globular clusters seen. It is thought to have an alternate origin as the core remnant of a disrupted dwarf galaxy.

With an apparent magnitude of 3.9, it can be imaged from under light polluted skies. This image was taken from the suburbs of Melbourne Australia, under 80-65 percent full moon.