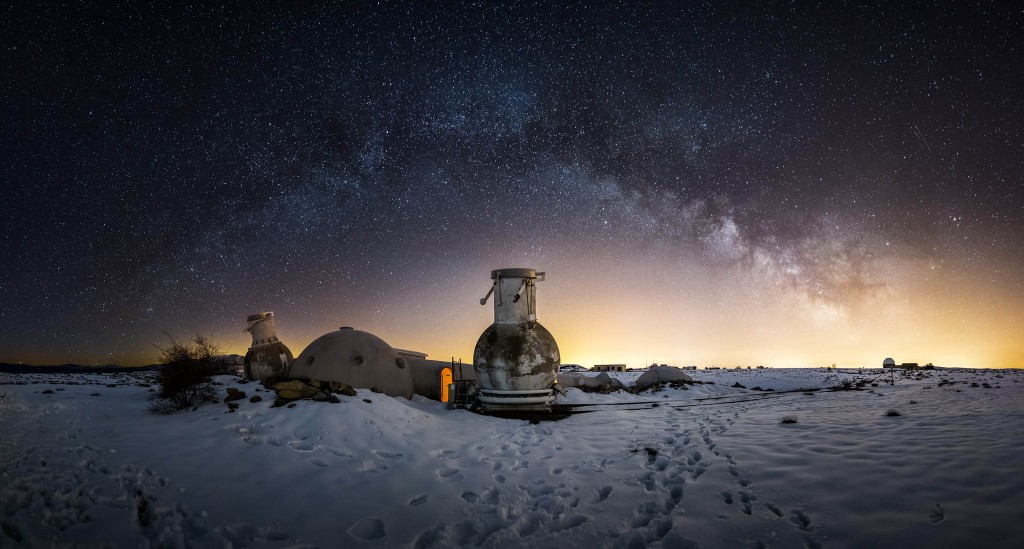 The light pollution is coming from the crowded costal area (Nice, Cannes, Monaco…) where about 1 million people live. On this plateau there is an astronomical observatory. The device on the picture (called the GI2T) is an experimental interferometer (ancestor of the VLTI) designed by Antoine Labeyrie, a famous french astronomer. The building itself was designed by Antti Lovag a Hungarian architect best known for his Bubble House design.

This image is a panorama made from 2 rows of 9 images in portrait orientation stitched and processed in PS CS6. Minor adjustments in LR6.

I intensively used PhotoPills for this shot.