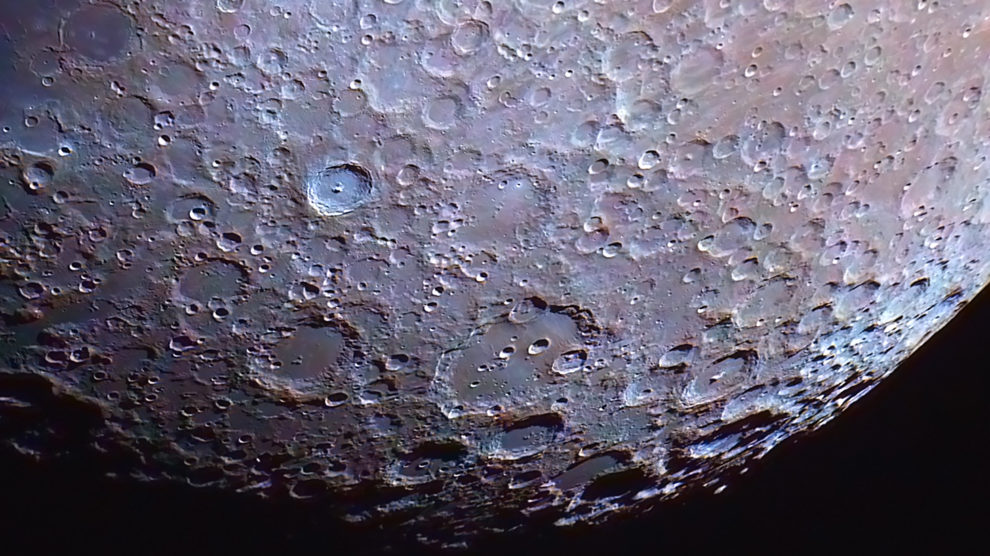 Try this method to skip the pain of stacking and aligning a high-res LRGB or IRRGB image.

It’s widely accepted that a mono planetary camera will generally produce better results in terms of image quality than a colour one. If you want to take colour images, you will need at least 3 separate captures, one through a red filter, one through green, and one through blue. Each of the resulting data sets will then have to be stacked and sharpened before being loaded into image processing software to create the final RGB colour image. If you want to add a luminance layer shot through an IR pass filter then you can add one more dataset to the mix! That’s a lot of time, effort, and data.

I know you are probably thinking “Well, I’m imaging the Moon and it is pretty much in greyscale anyway, so what does it matter if I only produce mono images?”. You’d be right, up to a point, but presenting the Moon in colour can add another dimension.  Boosting the saturation produces a colourful landscape, with each colour reflecting the different mineral and iron composition of the lunar surface.

Sounds great, but you don’t want to go through the pain of producing an LRGB or IRRGB image. In the steps outlined here I’ll describe how to achieve a great colour image using one stacked and sharpened image taken using a planetary camera and a single shot taken using a DSLR camera. Simplicity is the key. There are hundreds of ways of doing things in Photoshop, some probably more efficient or better than those I describe here, but I’ve tried to keep things as basic as I can.

Capture the image which will comprise your luminance layer using a planetary camera. For best results you may want to image with an IR pass filter or red filter in place. These tend to give the sharpest results and are least affected by bad seeing.

This couldn’t be simpler — all you need to do is attach your DSLR to the back of the same scope through which you acquired your luminance layer. Make sure the area you previously shot is in the centre of the frame and shoot (remembering to shoot in RAW!). While you need to make sure you have good focus, there is no need to shoot more than one and stack your DSLR images. One decent image is fine, because all it is going to do is provide the colour information, not the fine detail.

Once you’ve acquired your .AVI or .SER file stack with your planetary camera and sharpen as you would using your normal workflow (Autostakkert, Registax etc.), you should also make some final edits of the image in your preferred photo processing software, as if it were an image on its own.

For the colour image captured with your DSLR, all I would do at this stage is make sure the levels are correct.

Apply the luminance layer to the background (DSLR) layer

Open both your luminance and colour DSLR images in Photoshop, copy the luminance image and paste onto the DSLR image as a second layer on top. 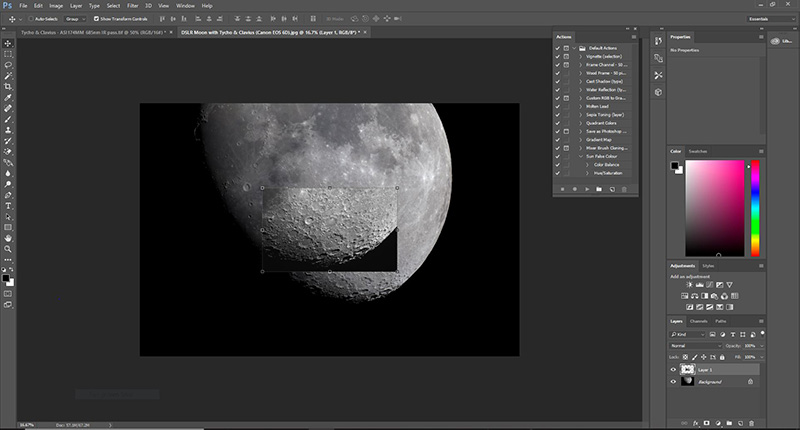 You’ll immediately see the difference chip size makes, with your detail layer covering a small portion of the DSLR image. This is also due to your DSLR probably being positioned at a slightly different point in the optical path of your scope from your planetary camera.

Adjust sizes to match and align the two layers

It is unlikely the two images will exactly overlap, so a little tweaking of your luminance layer will be required. For this I select the luminance layer and use Free Transform tool. Change the blending mode to Difference and Opacity to around 50%, then adjust the image until it exactly aligns with the background layer. This can be a fiddly process so please persevere; you’ll get there in the end! Once you are happy with your alignment change the blending mode of the luminance layer to Luminance and the Opacity to 100%. 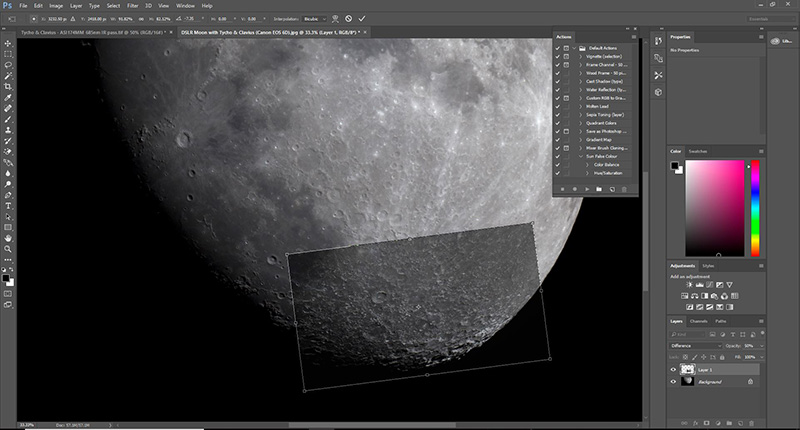 Final Processing and boosting the colour

Crop your aligned image so that the full canvas consists of both the luminance and colour content.

Once cropped, select the background (colour) layer and increase the colour saturation with a Hue/Saturation adjustment layer. You can be as aggressive as you want depending on whether you want to show the subtle colours of the lunar surface or go for full on psychedelia!

After increasing the saturation, select Noise (Filter->Noise->Reduce Noise) and reduce the colour noise by 100% (don’t make any other noise adjustments), this will give you a much cleaner colour image under high saturation.

Finally you can make further level adjustments, cropping, rotation, or do whatever you want to produce what you think looks best

I tend to save the image with the layers in case I want to return to it for more editing, and also save a version with flattened layers for uploading to my website, social media sharing, etc.

Hopefully you will end up with something that looks something like the completed images in this post. If not at least you will have had fun trying out a new technique!

If you have any questions or comments, feel free to leave a comment below! 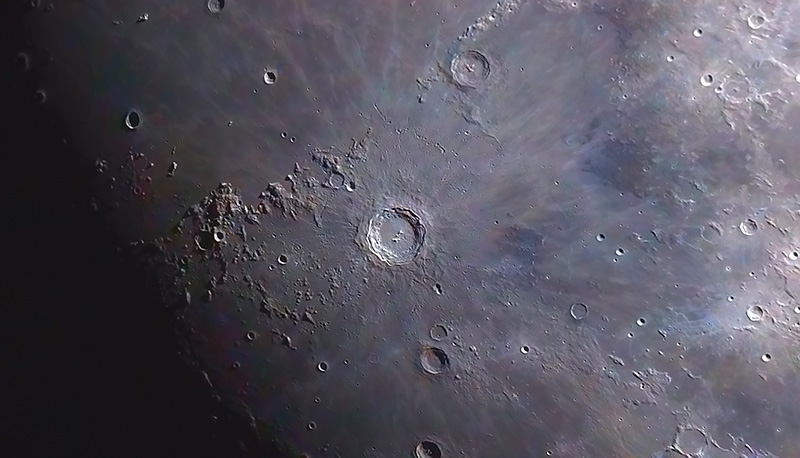 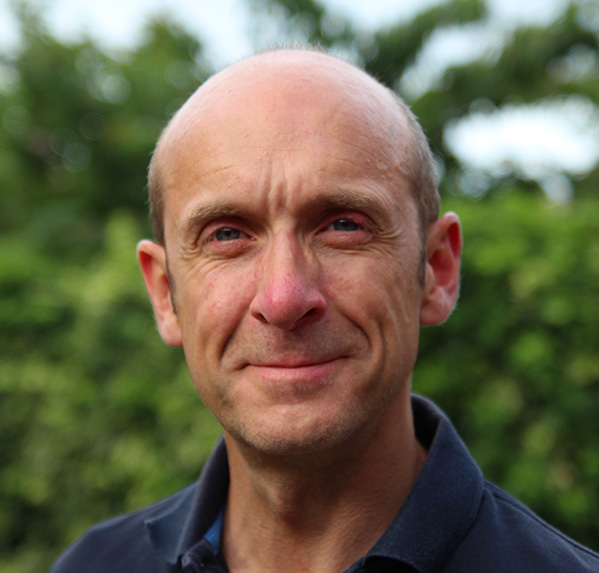 Roger Hutchinson is a UK amateur astronomer, astrophotographer, and Fellow of the Royal Astronomical Society, waging a continuing war against the light polluted skies of southwest London. He has contributed to the 2016 run of BBC Stargazing Live and has been a member of the astrophotography panel for the Evening of Astrophotography event at the Royal Observatory Greenwich since its inception in 2015.

A Quick Guide to Catching the ISS

How to Process an ISS Transit of the Moon