Home » Tutorial » How to Dew-Proof Your Camera Lens 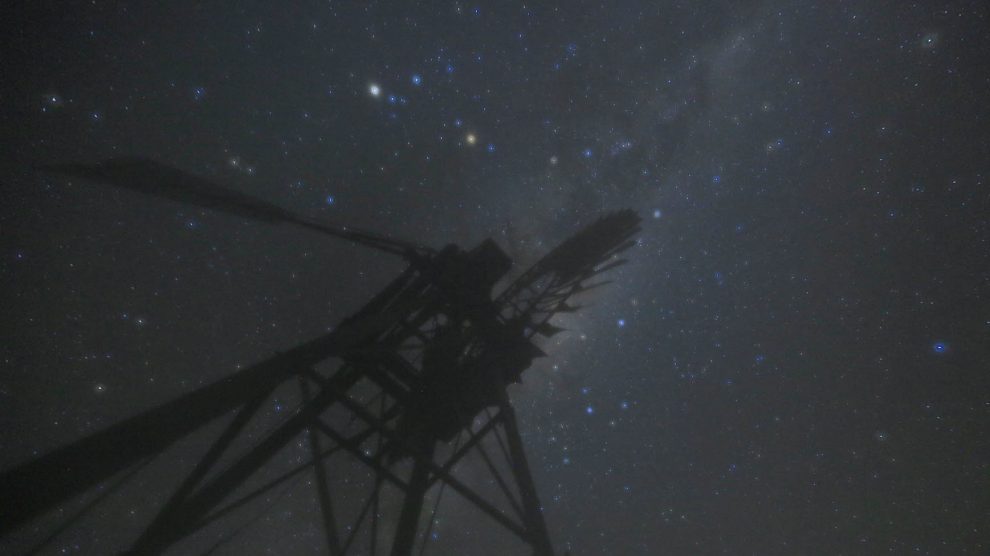 I was recently reminded of the common problem of dew on your lens ruining an astrophotography shoot. Usually, where I shoot, the conditions don’t cause an issue with condensation on my lenses, but sometimes, just often enough to catch me off guard, it does, and my night of AP is wrecked by blurry and faded-out images — especially when I’m shooting time lapse and star trails.

Tanja, our friend Brendon Wainwright, and I were shooting star trails sequences right next to each other. Brendon was using a Nikon 20mm f/1.8 lens, Tanja used a Canon 24-70mm f/2.8, and I was shooting with the Canon nifty fifty 50mm f/1.8. None of us felt the humidity in the air, and we left our cameras out shooting and took a nap.

A few hours later we woke to check our cameras, and much to his dismay Brendon had gotten only about 5 exposures out of the hundreds that were shot before the lens fogged over with dew. Both Tanja’s and my lenses were perfectly dew-free. We made a few jokes about it maybe being a “Nikon problem” because Tanja and I shoot with Canon, and that’s when Brendon admitted he had forgotten his lens hood. Protecting your shoots from fogged-over ruin is sometimes as simple as that.

Why does lens condensation happen?

Condensation, dewing or fogging up of camera or telescope lenses, happens because the glass of the lens is colder than the air around the lens. That’s not enough, though. There also has to be some humidity in the air.

In physics terms, it is the change in the gaseous form of water in the air, as water vapor, to liquid water. Gases are warmer than liquids, so if the water vapor in the air hangs around the glass of the camera lens, which is a better thermal conductor than air, it will cause the heat to be removed from air making contact with the lens, and turn the gaseous-state water vapor into tiny droplets of liquid water, which cling to the lens and wreck everything for us!

How do we keep the dew away?

Lens hoods (like these) are the most practical and quick way to keep dew at bay. Most people already have them, so if you do just make sure you use them in all cases.

Having the lens objective glass recessed helps to protect it from the outside colder air just a little longer. For obvious reasons lens hoods aren’t viable on ultra-wide lenses, so you’re somewhat limited.

Cons:
They only work in low-humidity
They don’t work as long as other methods
They work best on longer-focal length lenses

Hand warmers work pretty well because they help to create a slightly warmer air pocket near the objective of the lens so it helps to keep that nasty water in its gaseous state.

Pros:
Cheap
Lightweight and easy to carry
Lasts an entire night
Easy to use
No power required

Cons:
Only lasts 1 night
Can be difficult to focus with them on
Somewhat unreliable
Causes waste
Not always effective in very cold conditions

Dew heater strips (like this) are very effective at keeping the condensation at bay. They wrap around the lens hood or objective glass area of the lens and apply electrically-induced heat directly to it. The idea of them is very similar to using hand warmers, but it is much more effective because you control the heat.

One major downside is they can be expensive, as they require a power source and a controller module (like this) that regulates the heating elements inside. If you don’t have to go far on foot and/or have access to power, they are a great option.

Pros:
Very reliable
Very effective
Lasts as long as you have power

Cons:
Requires power to work
Can be heavy (power source)
Can be expensive
Electronics can be bulky and untidy
Temperature must be regulated 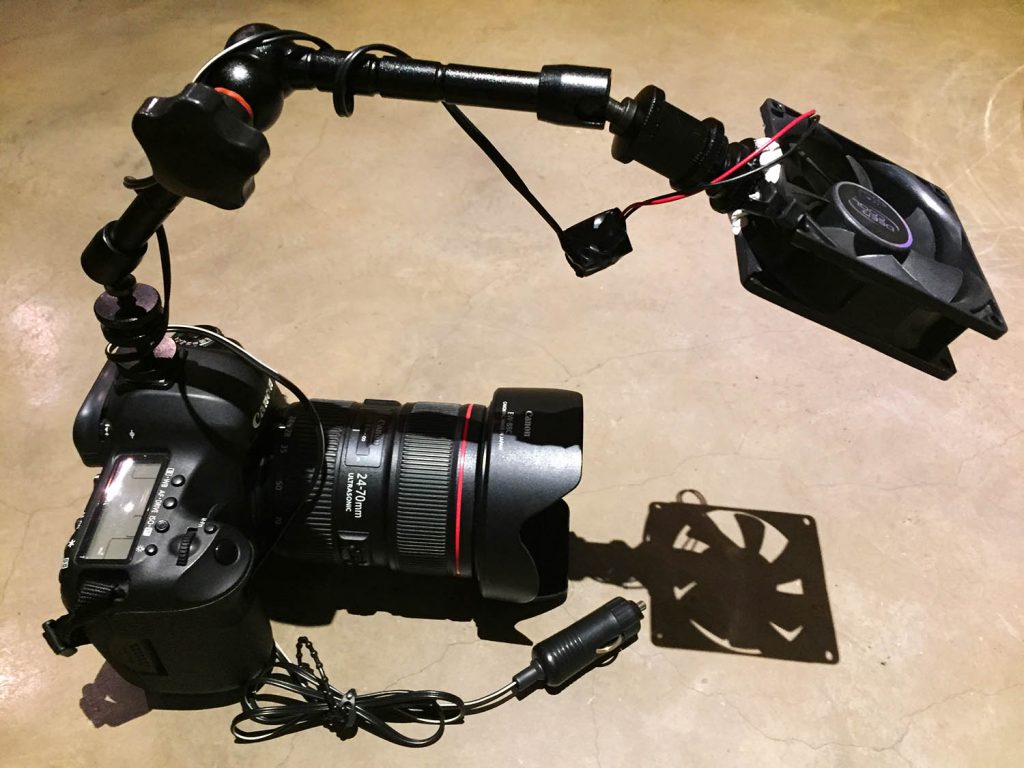 This one is my favorite. If you’ve been shooting at night for long, you may have noticed that the worst nights for dew are the ones where the air is perfectly still. Just a slight breeze can make conditions perfect. Even a very small bit of moving air keeps the condensation away!

While it takes a little bit of DIY to get it done, it is very cheap and works wonders. A small, smooth-running, 12-volt computer fan can be mounted near the camera lens to create a small amount of moving air. You can even use a 9V battery to power them for a while at a lower speed. I mount mine on a magic arm, connected to the tripod with a clamp or directly to the camera body with the hot shoe adapter.

The first question I get from anyone always is “What about vibration?” I can speak from experience that it isn’t an issue, assuming you have a nice and smooth running (quiet) fan. Obviously it’s best not to attach the fan to the lens itself, but the hot shoe is fine.

Pros:
Extremely effective in most conditions
Very reliable
Lasts as long as you have power
Doesn’t require temperature regulation

Cons:
Requires power to work
Power source can be heavy
Electronics can be untidy and difficult to position

What works for you?

Depending on your shoot location you may or may not need extreme dew protection, but chances are you’ll run into the problem someday. Which methods do you use to keep your astrophotography shoots successful and condensation-free?

How to do Star Reduction in Photoshop