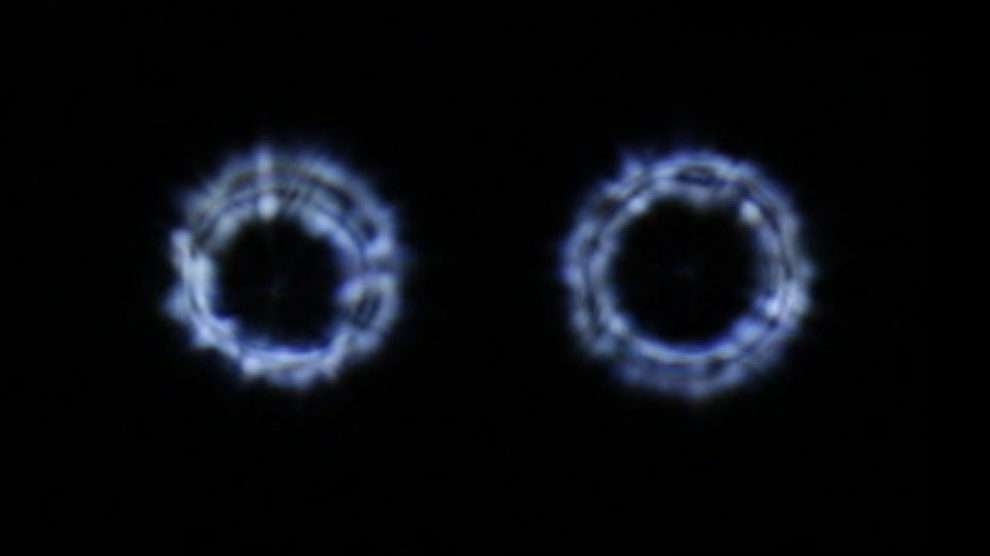 If you’re having issues finding perfect focus…this might be why.

I’ve been gearing up for this year’s major planetary oppositions, where Jupiter, Saturn, and Mars are the largest apparent size in our sky, so the time of year when they are prime astrophotography targets. Doing this has spurred me on to get out our longest focal length telescope (a GSO 12″ F/8 Ritchey Chretien) and do some testing. At first, I was severely disappointed; focus issues made the the first couple of nights out a nearly soul-destroying experience, but I kept at it. And, I fixed it. Here’s how.

Why you should worry about collimation

Not sure what I’m talking about? Keep. Reading.

NOTE: This quick tutorial is geared toward telescopes with mirrored optics, specifically those with a secondary mirror that allows for adjustment. Like a Newtonian, Ritchey Chretien, SCT, etc. While all optical instruments need collimation, refractors are typically not able to be adjusted outside the factory. This is NOT a full collimation tutorial, because you may also need to adjust the primary mirror, if things are really bad, but I’m not covering that here.

Without getting into the crazy but cool scientifical physics and math of it, collimation is, simply put, the physical alignment of your telescope’s optics. If your telescope is not properly collimated, it will be impossible to properly focus, no matter the sky conditions. Period. That’s all folks.

How do you check collimation?

There are a few different collimation tools available. Lasers, cheshire eyepieces, etc. I’ve used two different laser collimators, I’ve done some modifications using paper and special caps, and even used my eyes to try and get it right. It’s difficult, it can take a LONG time until you get the hang of it. While the tools will usually get you pretty close, and sometimes, if you’re lucky and good, nearly dead-on, that’s usually where it ends.

The best way to check collimation is with a star, either real or artificial

Stars are the best way to really check your telescope’s collimation, because, well…that’s what we need to have in perfect focus for those perfect photos. Or even half-decent photos. No focus, no photo, big problem.

Let’s try to fix this

Houston, we’ve got a problem. Your collimation is out, that’s probably why you can’t focus. Try this quick and dirty method of adjusting the secondary mirror, which is always done first anyway. Note, this is NOT a full tutorial to fully collimate your telescope, because methods of collimation vary by the type of scope you have. However, this will give you an idea of how to get some quick results in the field if you are really annoyed with your focus. 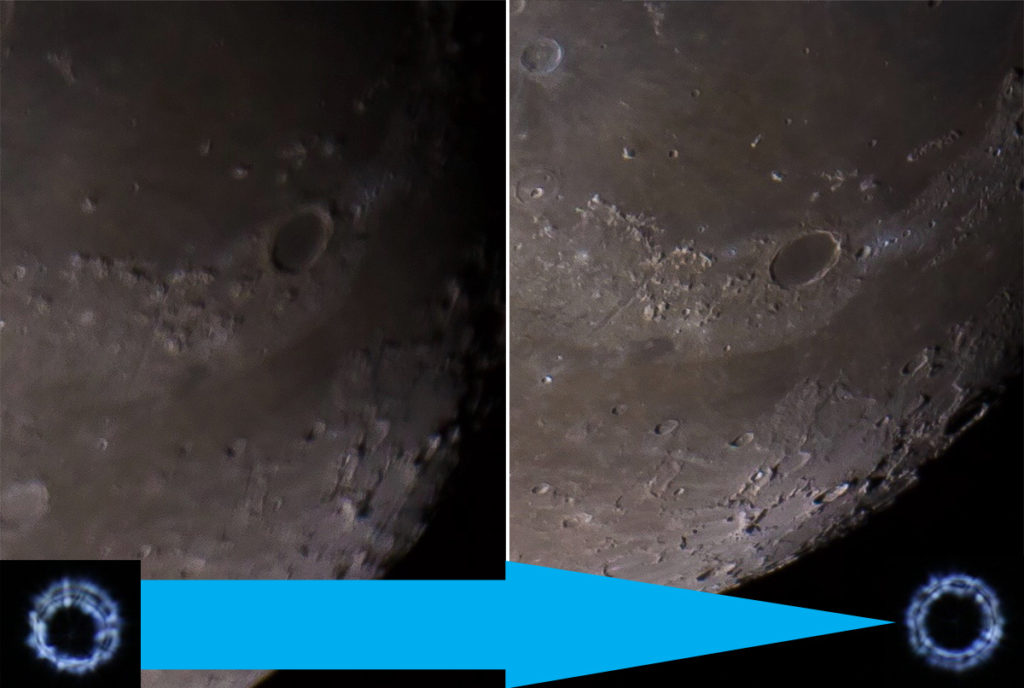 A quick and dirty way to try and fix collimation, by adjusting the secondary mirror

Mirrored optical telescopes like the Newtonian, SCT, RC, etc., will have a secondary mirror mounted on the business-end of the telescope tube (the front), held in place by either a “spider”, a glass pane, or some other method. On this, there will be adjustment screws, usually three of them, evenly spaced. Find those, carefully.

WARNING: DO NOT TOUCH the secondary mirror or any glass surface, and be careful to NOT DROP TOOLS into the telescope tube. Damaging either mirror is a risk and extreme care should be taken!

Let’s do it: adjust the collimation of the secondary mirror

The theory behind this is simple: those three screws will allow for a push/pull effect on the secondary mirror, allowing you to aim the light properly as it is reflected from the secondary mirror onto the camera sensor. Tightening (pulling) or loosening (pushing) will move the secondary mirror on the side where the screw is, which allows you to push or pull the circles in the diffraction pattern from that particular direction.

We need to go from something like this (or worse…):

…and adjust until we get this:

You will notice that the circles in the pattern will move a certain direction when a specific screw is loosened or tightened. The more you do it, the more it makes sense. Just remember the “push/pull” effect the collimation screws have on the mirror. If the diffraction pattern needs to move from a different side than what you adjusted, pick a different screw to adjust, and see which way the circles move. It take a bit to get the hang of it, but if you do it right, it’ll work!

Repeat the steps above for until you are able to move the diffraction pattern in a predicted way and you are able to get the circles as concentric as possible. You want even gaps all the way around, as perfect as you can get.

Note: If one of the adjustment screws starts to feel tighter than you think it should, rather loosen the screws on the opposite side instead.

Want to read deeper into collimation? Check out Thierry Legault’s excellent in-depth tutorial on his site.

How to Colorize Solar Images in Photoshop