Home » BLOG » How Long Should You Shoot for the Best Star Trails? 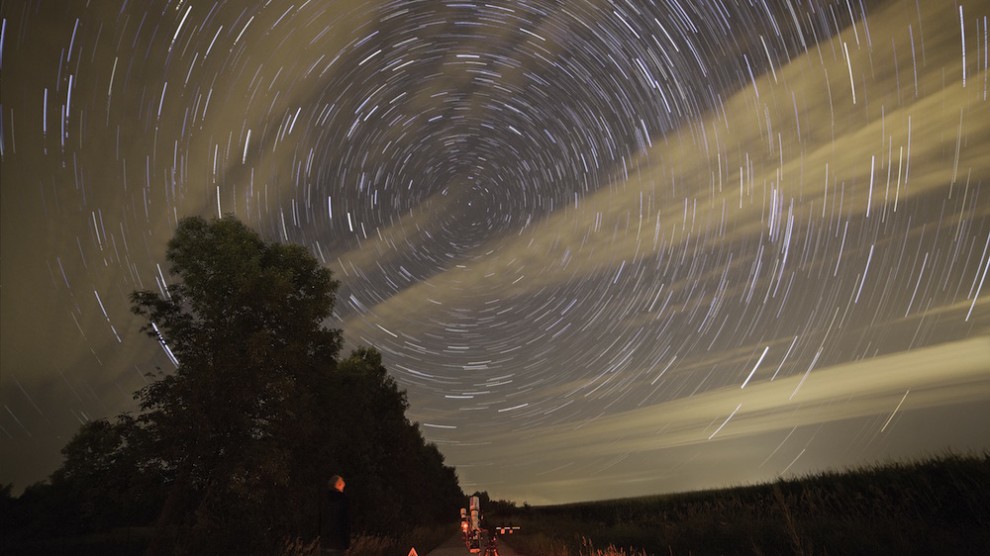 Don’t quit too early and regret it when shooting star trails.

When you’re trying to decide how long to shoot star trails, which is maybe the second-most asked question we get, the answer has always been: “As long as you can stand it!” However, I want to expand on that statement a little more with some real-world examples.

When someone asks you for an estimate, take your first guess, double it, and add 20%
Most beginners get excited at any length of successful shoot when they first try to photograph star trails, but I’d like to make that first time out be even better, save you some time, and explain a little about how star trails really work.

You should have a much better idea of what to expect from your star trails by the end of this article, and you should be able to decide how long your imaging sessions really need to be to get the results you want!

Things to think about

First thing — throw out everything you learned about exposing for perfect stars with the rule of 500 (which is meant to be broken anyway). Shoot to the 30-second limit of your camera’s exposure timer. Luckily, that also makes it easy to do the math!

You also need to familiarize yourself with your sky. Are you wanting to shoot circumpolar trails (those cool concentric circles)? Then you need to know where the celestial poles are for your location on the planet. North or south and how high? Depends on your latitude.

Or, do you want long, sweeping, slightly arcing or nearly straight lines, which is what happens at 90 degrees away from the poles in the east and west? And, how long do you want your star trail lines to be? Short, long, or mega-long?

I’m an engineer by day, and one thing I’ve learned over the years is when someone asks you for an estimate, take your first guess, double it, and add 20%. This is a pretty good procedure to follow when trying to decide how long your star trail shoots should be.

So, is there a magic number of time for the ultimate star trail image? Yes…and no, it depends. The general rule of thumb we go by is never shorter than 2 hours at the absolute minimum, and always as long as we can stand it.

However, rules, as I’ve said before, are meant to be broken in astrophotography. So I’ve prepared some examples for you to help determine how long you need to plan your star trails shoots for to get the result you want!

These real-world examples, shot in desert-dark skies by Tanja Schmitz, are set alongside simulations of the time and calculations of how many degrees in the sky the stars will move, courtesy of the PhotoPills app.

You’ll be able to see below how the amount of time you shoot star trails can have a massive effect on what the final image looks like!

Something to consider: the darker, less light-polluted the sky, the less time you need for epic star trails, because there are more stars visible in your image! 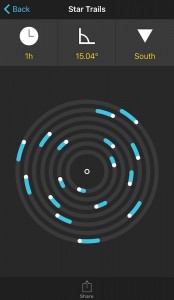 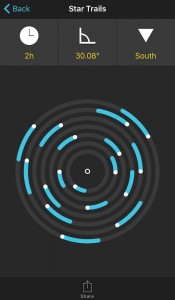 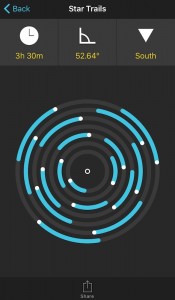 The Thing with Colors in Astrophotography

The Effects of Atmospheric Seeing on Solar Imaging