Home » BLOG » [OPINION] Why Your Photos Deserve Your Name 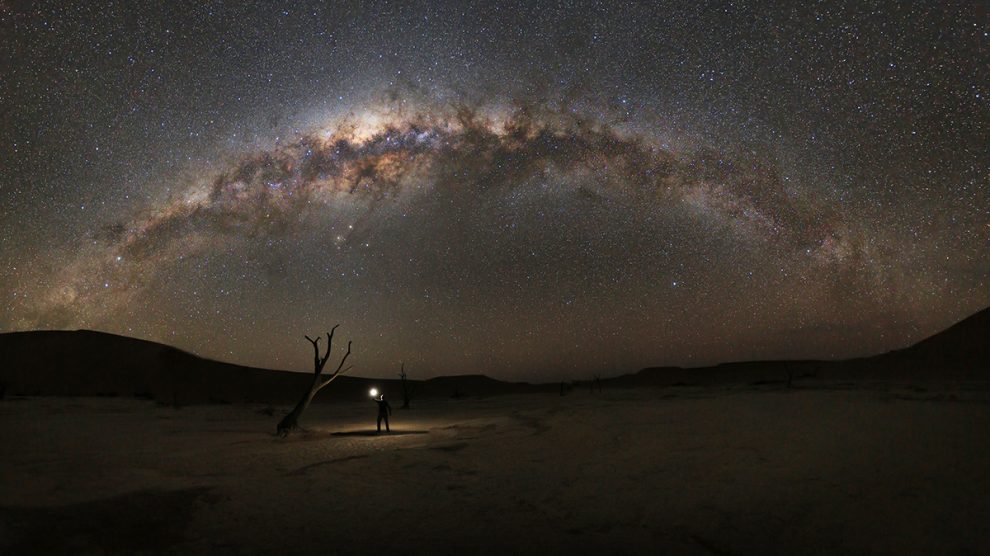 This article may be a bit risky, but I really don’t care. Most photographers will agree with me, many Instagram and Twitter accounts will not. Screw them.

I’ve been tossing around the idea for this article for a few weeks now, ever since I returned from an self-assigned 10-day astrophotography mission to Namibia with Tanja and our good friend and fellow photographer, Brendon Wainwright. Yes, the trip was mind blowing and has left a massive impression on our lives, but it was also incredibly hard work. This was no holiday, folks!

So, this leads me to the reason for writing this article: proper attribution of the work of a photographer or artist. We all know it doesn’t happen sometimes. How often do we scroll through our feeds on Instagram, Twitter, Facebook, etc., while blindly thinking “huh…nice photo” and clicking the like button without taking the time to notice the artist? Lots. But that doesn’t mean it’s OK to leave out the name of the artist on the post!

This is an astrophotography website, so I’m going to focus on this subject. That does not mean that other styles of photography are easy! But I digress…

Other than astrophotography just being difficult to get right, which rarely happens consistently, there are so many levels that make our images much more than just quick snapshots. When you see a good astrophotography image out there, not many understand the level of skill required to come close to perfecting the art. Whether it be wide-field nightscapes or deep-sky telescopic images, we’re all constantly working on new techniques, using and testing different gear, learning new post-processing skills, and looking for new targets to help us improve our craft. That says nothing about the amount of time, planning, waiting, patience, luck, and oftentimes travel that goes into some of our photos.

We’re lucky that we live only 10 hours by car from the Namibian border. However, once we crossed the border we drove ~3,000km around the southern and central parts of the country to get to places on our loose “shoot list,” which was often made up on the fly. While we captured some beautiful scenes, this was also considered a sort of scouting trip of sorts, as there is so much more to photograph by night.

All of this traveling was done while staying up most of each night to shoot from sunset until around 2am, and often waking up for sunrise shoots as well. Taking a nap during the day in our tents in often windy, dusty, and hot conditions was nearly impossible. We lived on Red Bull, strong coffee, beans, and two-minute noodles. We never camped at one location for more than 2 nights. Ten days of this took a real toll on our bodies.

That being said, I loved every second of it and will not hesitate to do it again. It’s not work I get paid for, it’s work I love. Like most astrophotographers, what started out as a simple hobby quickly became an obsession!

Why I believe attribution matters

Some may argue that the subjects we’re shooting are just in nature and belong to no one. I agree 100%, but without the photographer’s hard work and often large financial input, these images would never see the light of your computer or phone screen. It’s like judging the cost of a physical item by only the materials that are used to create it. Time is priceless, and most astrophotography is an art that can only be taught up to a point, after which it depends on the creativity of the photographer. So the author is deserved recognition if they want it!

This doesn’t mean attribution should be required by every photographer!

Some photographers happily apply a creative commons license to many of their works, which allows full use of the photos by just about anyone for any purpose, and I applaud that, too. Still, it’s nice to offer a shout-out, at the minimum, to commend them for their hard work.

Many people are completely fine with their images being used for any reason by anyone, and that’s fine! I feel the same way about some of my images as well. I’m not trying to tell you that you should ask for recognition — I’m saying that if you want it, you should get it. If you don’t — that’s cool too!

Know your work will be stolen…

It’s silly to think that a watermark will stop “internet thieves.” It’s also silly to keep your photos so close to the vest that no one will ever see them. So, while it’s important to spend a little time keeping tabs on your photos and where they end up (TIP: if you’re curious, use Google’s image search), don’t waste so much time and mental effort worrying about it that you forget the reason you’re shooting in the first place.

There are different levels of “theft”

Most often, an offending Twitter or Instagram bot account just looking to get followers will likely blindly copy an image from an online source and sometimes specifically crop off the water and not post the original author.

Sometimes, an offending company will take an image from the web and use it for their own corporate money-making use with the claim that “it was on the internet so it’s free to use.” Wrong — it’s only free if the photographer says it’s free.

Sometimes in extreme cases, and hopefully rarely, people will go to great lengths to claim others’ work as their own, and even fight to “prove” it’s theirs! No matter how you look at it, that’s just plain bad behavior.

Unfortunately, my work has been victim of all of the above examples…but I got over it. It’ll likely happen again, too, and I’ll get over it. It still doesn’t feel nice, though.

What can you do about it?

Most social media accounts that blatantly “steal” images for reposting and don’t attribute the original authors simply don’t respond to private messages. Complain too loudly, publicly, and too often, and you might be perceived as a whiny photographer that cares more about their name than the photos themselves.

What I’ve recently started doing rather than placing a large and easy-to-see watermark, is to take another approach and make it tiny, hardly opaque, and somewhat hidden in the photo. There’s no need for my signature to overpower the image, rather have the image itself be the focal point, as it should be. And, I always invite resharing of my photos, because I love showing everyone what’s really out there!

What I’ve always stated about my work is if you want to use it for a non-commercial purpose, like education, just ask and I’ll almost always say yes!

Finally, thanks to those who do it right!

The really amazing thing about the astrophotography community is that we so often look out for each other. The best feeling ever is when your peers point out to you that someone has inappropriately used a photo. Most often we care more about other photographers’ work than our own. Fist bump to all of you for being so rad!

Let’s take a little time to congratulate the media outlets, social and otherwise, who do it right. It means a lot to us all who work so hard to take these photos. So: THANK YOU!

Who do you know that always seems to do it right, giving proper recognition to the artist? Let’s praise those with a link and high-five in the comments!

How to: Beginner DSLR Astrophotography [Video]

Behind the Image: M42 in the City