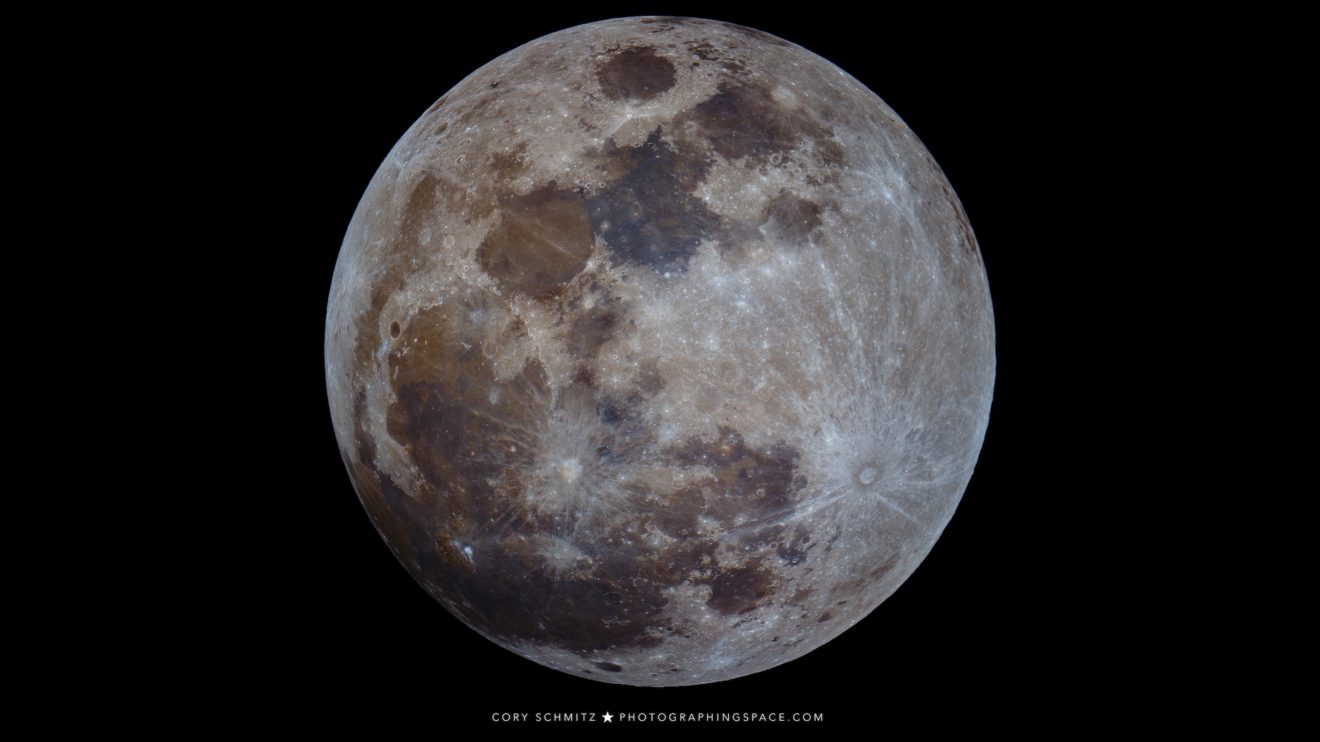 Is a 100-megapixel camera necessary for astrophotography? Nope. But it’s fun.

Let’s first state the above again: you do NOT need a 100-megapixel medium-format camera for astrophotography. Actually, I would not even recommend it.

But, if you have a good friend like I do that is a professional photographer and owns one (like a FujiFilm GFX100) and has connections to borrow a common EF-mount lens adapter for the telescope connection, it can be a fun thing to borrow. (Thanks Des Ellis for the camera loan, check out his work.)

Just hover and zoom in on this image, it’s fun!

Hover your mouse over the image below and get a nice targeted super-zoom view.

If the website plugin isn’t working for you, or if you want a free wallpaper, you can download the full-resolution of the image right here.

Some details about this image

Because I wanted to. There was a partial lunar eclipse event happening and I wanted to try something different.

In July of 2019, there was a partial lunar eclipse event visible from my backyard in Johannesburg, South Africa, so, naturally, I decided to photograph it.

No filters were used and the camera was connected without a Barlow (tele-extender) at prime focus, so the effective focal length was ~2304mm.

More important to note (this will be more impressive to those who shoot moon images…): this is a single photo, no stacking, no mosaic.

If you look closely in the lower left of the lunar disc, you can see a slight darkening due to the lunar eclipse just beginning to start its initial phase. I think that’s pretty cool.

Later in the evening, the moon looked like this (below), when it was full-on in the partial-eclipse mode. The below image is a two-photo composited HDR blend using one image where darkest part of the shadow was un-exposable, and then a bit of the moon’s shadow detail was added back in using an image from before the eclipse started.

I love the way the extra color depth of the camera was able to pick up the subtle variations of the shadow colors as the shadow of the Earth slowly moved across the moon’s visible disc.

Does a medium-format camera work on a telescope?

Yes, and no. The sensor is MASSIVE. A full-frame camera sensor is often too big for use on most telescopes. Anything bigger (like a camera with a medium-format sensor) is just damned ridiculous. The vignetting is horrendous and makes the corners and outside left/right edges of the sensor pretty much unusable.

But of course I did it anyway, for giggles. For use on the moon, or for a solar image, it would be (and is) pretty amazing, because those targets only use the center portion of the sensor. Also, you need a massive focal length at prime focus, or a 2-inch Barlow / Powermate to make it work at all.

Announcing the Image of the Year 2016 Photo Competition

Mars is Gonna be HUGE in July 2018, Get Ready! [Star Stuff Video Series]