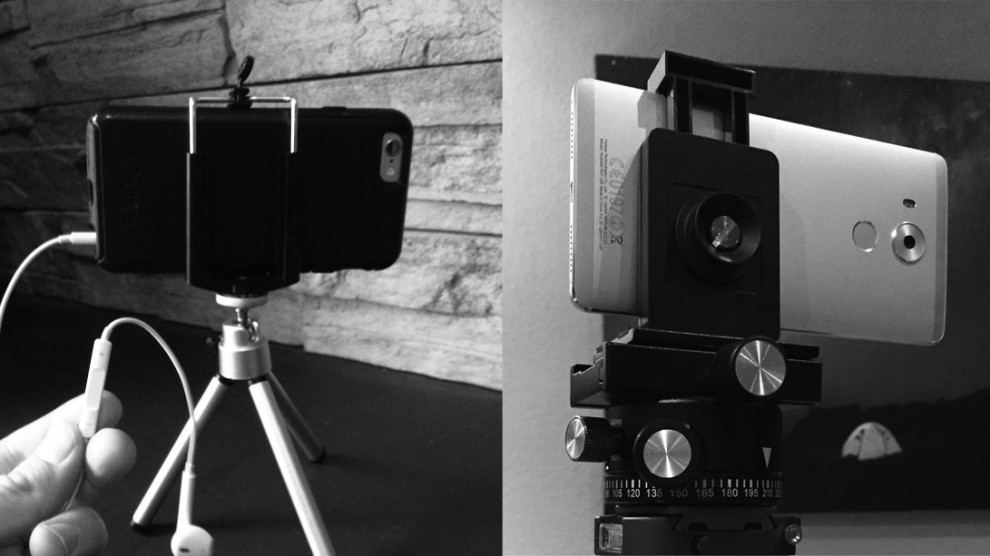 Yes, you can take good night sky images with just a phone!

With today’s smartphones, it’s possible to capture decent photos of the stars, planets, aurorae, meteors, satellites and the International Space Station – if you know the right tricks.

I’ve been using my iPhone for astrophotography since 2012, and have learned some techniques for taking night photos that show more than fuzzy, out-of-focus dots. All of the photos in this article were taken with my iPhone unless otherwise noted, and here’s how you can achieve similar results.

Get something to hold your phone steady 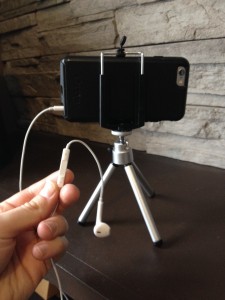 It’s possible to take hand-held night sky photos, but even the smallest involuntary movement will cause blurring or streaks in your images. A tripod is your best option and there are small, smartphone-specific tripods available on Amazon and eBay as well as adapters (like those made by Studio Neat) that can attach to existing tripods.

But, when I don’t have a tripod handy, I use any flat surface I can find such as a railing, pillar, or wall. You’ll find that resting or leaning the phone against a steady surface makes a big difference! A steady phone will allow you to photograph objects like the International Space Station passing overhead, and provide the stabilization needed to take the very long exposures required to capture star trails.

And, most smartphones allow you to use your headphones as a shutter release! The earphone volume buttons trigger the camera, which eliminates the need to touch the screen and potentially shake the phone while taking the photo.

While the newest smartphones have better exposure control options than ever, your phone’s default camera still won’t be ideal for low-light conditions. To get around this, you’ll want to download an app that essentially tricks your phone into taking the equivalent of a long exposure. For iPhone, I highly recommend the NightCap Pro app and have seen good images taken with the Android app Camera FV-5. There are also many other products available if you search for “long exposure” apps.

There are more astrophotography targets available to your phone than you’d think. I’ve captured photos of constellations, aurorae, the moon, and the International Space Station to name a few.

Unless you want the moon to appear as an overexposed blob against a black sky, you’ll want to photograph it just before sunset, just after sunrise, or in daylight using your phone’s standard camera. This will let you capture some nice foreground objects and catch the true shape of the moon before (or after) it becomes too bright.

The moon will be small, but don’t be tempted to zoom in too much because you can always crop the image using a photo app later. A little zoom is OK, but too much will make the moon and any other objects in your photo appear pixelated.

The brightest constellations are relatively easy to capture with a long exposure app and a steady phone. The wide field of view offered by a smartphone will even let you capture multiple constellations in the same frame, or you can crop the image later to showcase constellations like Ursa Major, Orion, Scorpius, and others. Be sure to “lock” the exposure and focus settings once the constellation is properly in view on your screen and do not move the camera when taking the photo.

With patience and a tripod-mounted phone, you can capture star trails using apps with very long exposure options, such as the NightCapPro app.

Satellites and the International Space Station

Using a long exposure app and a tripod, you can also capture moving objects such as satellites and the International Space Station. To find out when these will be passing overhead, consult the Heavens Above website or download an ISS tracking app.

For those of you in very northern or southern locales, bright auroras are also in reach of your smartphone. I took this image from my backyard using an iPhone 6 and the NightCapApp in 2015.

To make the most of your smartphone astrophotography, it’s worth investing some time to learn how to enhance the images after you’ve taken them. A bit of cropping can do wonders to increase the size of small objects like the moon, or to hone in on a constellation. And, many photos taken in dark conditions will require a bit of brightening.

Luckily, there are a number of apps that will allow you to improve your image right from your phone. I use SnapSeed, which is available for both the Android and iOS platforms, and Camera+ (which is only available for iPhone) to brighten images, adjust the contrast, saturation, and “temperature” of the photos to bring out hidden detail or make the colours “pop.”

Above is an example of a photo of Orion straight out of the camera. The foreground distracted from the constellation, and the sky was a bit too bright due to light pollution, so I cropped the image to focus on the stars, and played with the exposure and contrast settings to achieve a black sky against which the stars could stand out. I also used the vignette feature to darken the areas away from the constellation itself. Below is the same photo, after processing.

As with most astrophotography pursuits, your skills will improve with practice. Don’t be disappointed if your first images don’t match those you see online. Experiment with different apps and know that the same techniques might produce better (or worse!) results from one night to the next.

And, if you have a telescope, smartphones can capture an amazing amount of detail through the eyepiece. We’ll explore that in a subsequent smartphone astrophotography post!

Andrew Symes has been observing and photographing the night sky from Ottawa, Canada, for nearly 20 years. A pioneer in smartphone astrophotography, Andrew has been using his iPhone to capture close up views of the sun, moon, planets, and brightest deep sky objects through his telescopes since 2011.

Passionate about communicating the wonder of the universe, Andrew shares his astrophotography images and tips and on a variety of social media channels, and encourages anyone with a smartphone to try their hand at night photography.

Andrew’s photos and astronomy articles have been published in The Atlantic, io9, All About Space magazine, Universe Today, Lunar Photo of the Day (LPOD,) Yahoo! and the Weather Channel. He and his images have also been televised in the United States (ABC World News Tonight with David Muir,) Europe (Dutch Public Broadcasting,) and Canada (CTV Canada AM.)

How To Photograph a Total Lunar Eclipse “Blood Moon”

How to Tune a Lunt Pressure-Tuned Solar Telescope