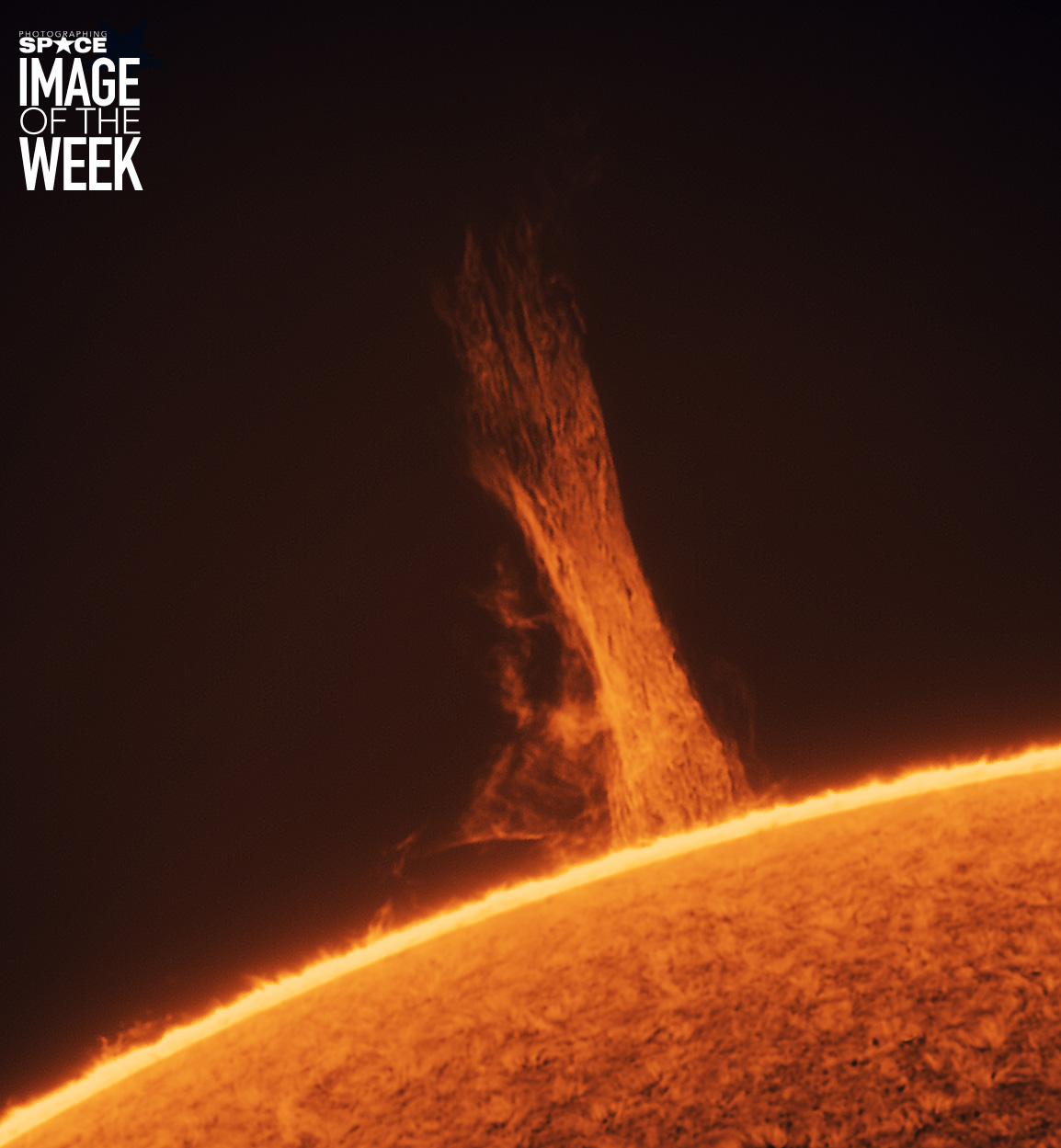 The Pillar, by Alastair Woodward

This image shows a large, straight pillar structured solar prominence in Hydrogen Alpha. It was relatively short lived, appearing then disappearing within a matter of hours.

The image was shot at a focal length of almost 3.5m (f/8 and the 4.3x internal barlow of the Quark) and is comprised of a stack of 70% of the best frames from 30 seconds of video footage, shot at 42 frames per second. I’ve false coloured the image to make it more appealing.

The video footage was captured using Firecapture. The footage was aligned and stacked using Autostakkert and then processed in IMPPG (for deconvolution and sharpening) and Photoshop for levels and colourisation.