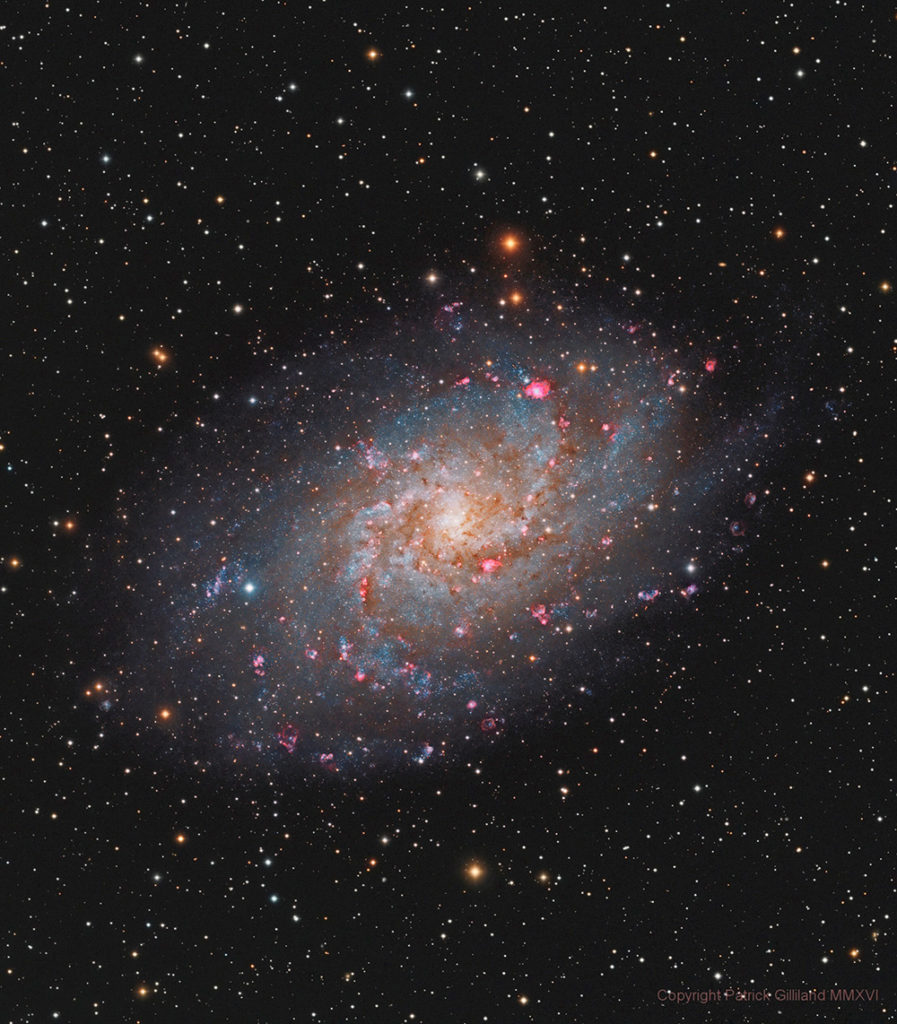 Here we have a look at M33 – a frequently imaged target but an abundance of data (very rare in the UK) provided me with with the opportunity of having a closer look at this object than any previous version I had worked on. The luminance data did a very good job of finding structural detail in the galaxy and the addition of the Ha data has pulled out a lot of signal allowing for some of the more faint structures and clusters around the edge of the galaxy.

See this image in high resolution.