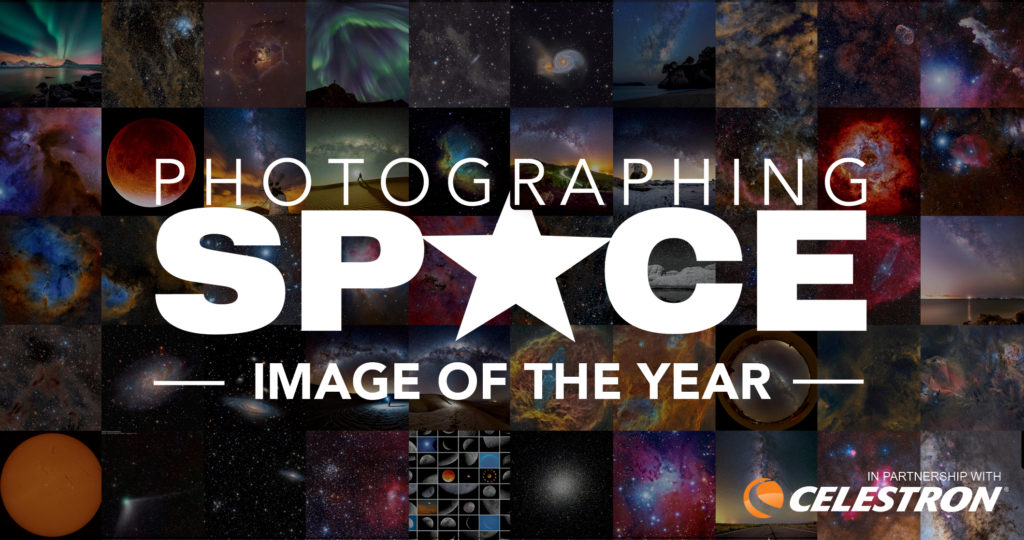 We want to reward the hard-working astrophotographers

Give us your sleep-deprived adventure-seekers, your night owls, coffee-drinkers, and obsessive cosmic wonderers. We’ve partnered with Celestron in 2016 to award the best of the best!

The Image of the Year competition is now CLOSED for 2016

Image of the Week gallery

The overall winning image will be chosen by online vote consisting of PhotographingSpace.com readers out of a pool consisting of a selected top 12 shortlist.

A prize of $2000.00 (USD) worth of Celestron merchandise of the winner’s choice will be awarded to the winning entry.

The top 12 shortlisted image submissions will be chosen from all submitted entries by a judging panel consisting of the PhotographingSpace.com team.

Each top 12 shortlisted entry will be awarded with $50.00 (USD) worth of Celestron merchandise of the winner’s choice.

* Merchandise catalog options will be supplied by Celestron, LLC, after the winners are chosen.

The image(s) submitted must meet the following requirements in order to be chosen for a top 12 shortlisted finalist or overall winner:

The Big 5 of the Southern Sky