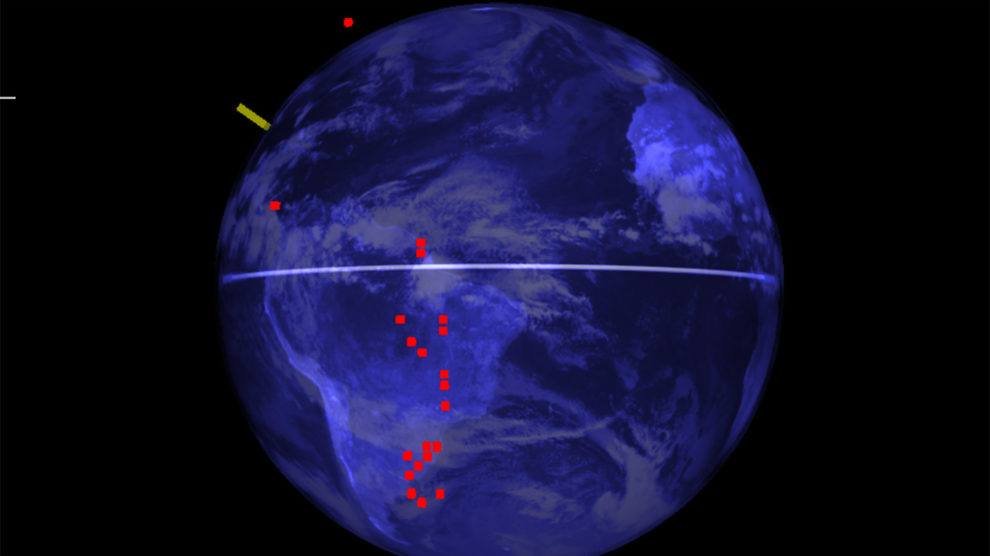 The sky is falling! But don’t worry, you can help save the planet with your telescope.

Let’s have a talk about that asteroid that crashed through the atmosphere and landed in Cory‘s backyard in South Africa in June 2018. Ok, maybe not his backyard but nearby, in Botswana.

The cool thing about this particular fireball is that we knew it was coming. It’s only the third time this has happened, but Richard Kowalski of the Catlina Sky Survey had seen the potential near-Earth object hours before and had reported it to the Minor Planet Center which publishes this information for anybody to follow up. Here are his images showing the asteroid flying through space – and coming right for us, which was quickly determined by the measurements he’d recorded.

We see new Near Earth Objects all the time

What you might not know is that newly discovered objects like this are discovered every day. Most of them aren’t coming straight at us, but you can download the list and point your telescope at any one of them, even before they’ve been officially named — this one was named 2018 LA.

New comets also hit this list, and before they are named after their discoverers, the Minor Planet Center collects follow up observations from astronomers all over the world, not all of which are “professionals”.

I’ve been fascinated with this realtime list but found it rather hard to digest at glance:

Unless you’re doing this every day, and know your current sky coordinates off by heart, it’s not exactly easy to see which of these [probably asteroids] are going to be available for you to image and assist with. I wanted to create a filter to tell me if any of them were visible from where I’m standing. The list is realtime, most of them were discovered in the last 24 hours, so a quick understanding of the list would be great.

I made a Realtime Intrusion Detection System online tool, to make it easier

Long story short, I developed a visualisation of this list from the ground up using PHP to calculate my sky coordinates from the epoch, offset by the current time, and then mapped all this to a 3D representation of the Earth and the celestial sphere. I got permission from the MPC to use the data this way (so long as I cached the list locally so it wasn’t hitting their server with every page refresh) — and you can now view the tool here : Earth – Realtime Intrusion Detection System

View and use the Realtime Intrusion Detection System

Watch the video I made about it

If you’d like to watch a video about the tool, I’ll include that here, too.

Let me know if this helps and if you decide to try your hand at asteroid hunting, and potentially save the world from your backyard — with a telescope.

The Effects of Atmospheric Seeing on Solar Imaging

How to: Beginner DSLR Astrophotography [Video]