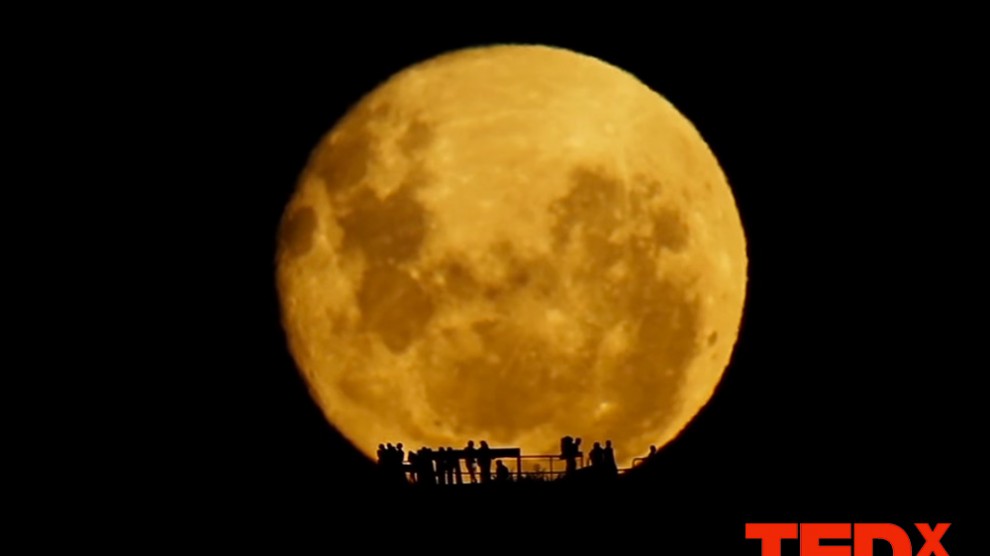 This talk was given at a local TEDx event, produced independently of the TED Conferences.

Mark Gee is an award-winning photographer and digital visual effects artist who has worked on many high profile and Oscar award-winning feature films. In this poignant and beautiful talk, he describes the extraordinary experiences that have sprung from his quest to photographically capture the night sky.
Subscribe to the TEDx Talks on YouTube here.

While his photographic images portray a wide variety of subjects, in the past few years he has focused on astrophotography in particular. In 2013, Mark won the prestigious Astronomy Photographer of the Year. Not only did he win it overall, but Mark also won the Earth and Space category, and the People and Space category which had never been done before in the competitions history.

His recent short film, ‘Full Moon Silhouettes,‘ went viral and has been broadcast all over the world by the likes of CNN, The BBC, NASA and various other mainstream media. In 2013, Mark won the prestigious Astronomy Photographer of the Year overall award, as well as winning both the Earth and Space category and the People and Space category, which had never been done before in the competition’s history.

Mark Gee is an award winning photographer, time-lapse filmmaker & digital visual effects supervisor based in Wellington, New Zealand. He has worked on many high profile and Oscar award winning feature films. His love of the New Zealand landscape is a big part of the inspiration for his photography.

Astrophotography is Mark’s passion, and this has led to international success with Mark being short-listed in the Astronomy Photographer of the Year every year from 2012 onwards, a finalist in the 2012 World Open of Photography, and 4th place in the 2014 International Earth and Sky Photo Competition, as well as having images published internationally in various books and magazines.

Marks short film, ‘Full Moon Silhouettes‘ also gained him international acclaim after going viral online, and has been broadcast all over the world by the likes of CNN, The BBC, NASA and various other main stream media.

In 2013, Mark won the prestigious Astronomy Photographer of the Year. Not only did he win it overall, but Mark also won the Earth and Space category, and the People and Space category which had never been done before in the competition's history.

How to Photograph Your First Meteor Shower

Should You Get a Colour or Monochrome Camera?